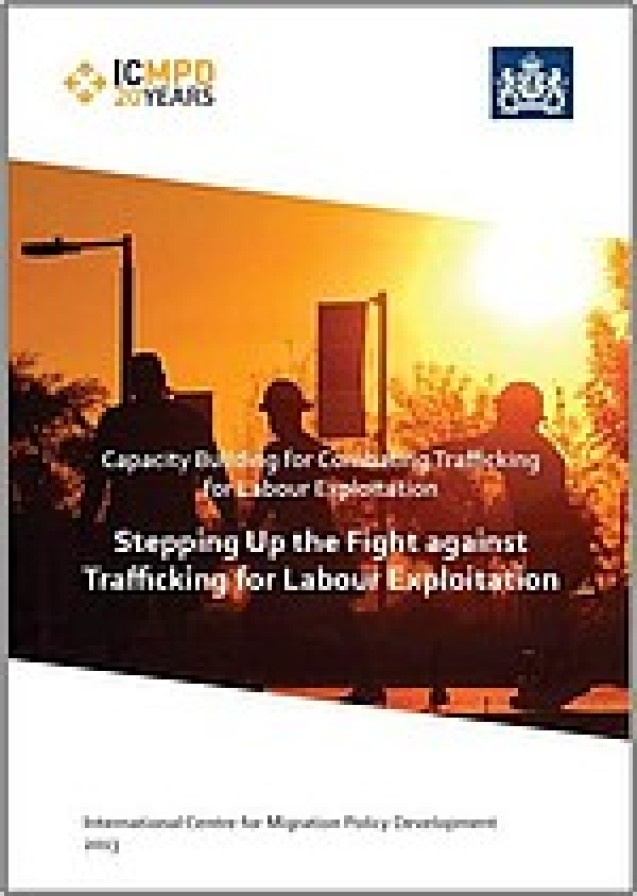 The yearly EU Anti-Trafficking Day on 18 October makes both policymakers and the general public reflect upon the response to trafficking in human beings in Europe.
States still face challenges in properly identifying trafficked persons, providing them with adequate assistance, prosecuting perpetrators and measuring the overall impact of such actions. Observations show that this is particularly difficult in cases of trafficking for the purpose of labour exploitation.

In order to contribute to the international discussion on ways to tackle this issue, ICMPD implemented a large-scale capacity building action. Training sessions on trafficking for labour exploitation, cross-border judicial cooperation and transnational police investigation were carried out in fifteen countries. The training sessions brought together a wide range of actors including labour inspectors, police officers, specialised investigators, judges, prosecutors and civil society representatives.
The publication, Stepping up the Fight against Trafficking for Labour Exploitation summarises the results from this initiative by reiterating the most important lessons learned. It provides a basis for the potential replication of one or more of the training sessions conducted in its framework. The model for designing multi-disciplinary transnational capacity-building activities, introduced by this publication, can serve as inspiration for cooperation and similar initiatives in other geographic areas.
ICMPD has long-standing experience working together with governments and civil society groups to develop policies and tools for a sustainable anti-trafficking response.

The ICMPD sees its role in tackling human trafficking as that of strengthening the capacity of national and local stakeholders, establishing new viable partnerships with actors across different sectors (public and private), as well as enhancing cooperation amongst relevant counterparts at a national, regional and European level. With a solid understanding of the principles of migration governance, it combines findings of academic and policy research with a recognition of the operational realities of practitioners.
ICMPD launched this publication on 18 October in the belief that such initiatives, incrementally implemented across committed countries, can contribute substantially to increasing the number of persons identified in having been exploited and those who benefit from high standards of protection and assistance across borders.