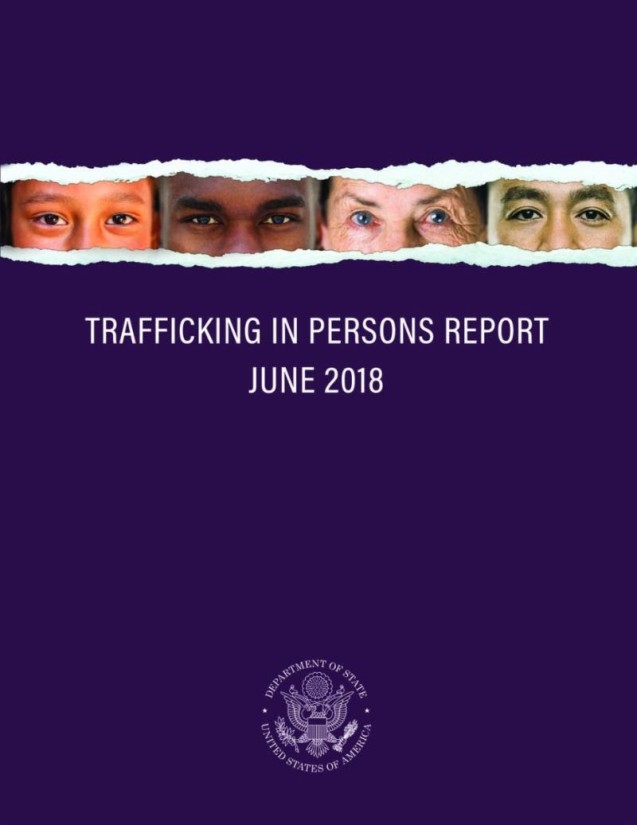 Ireland downgraded to Tier 2 in the TIP (Trafficking in Persons) Report 2018-published 29 June 2018.

Ireland has received a very public ”wake up” call this week as the country has been downgraded from its usual Tier 1 status, to Tier 2 in this year’s TIP Report, published 29 June 2018.

Tier rankings are straightforward, with Tier 2 category assigned to ”The governments of countries that do not fully meet the TVPA’s minimum standards but are making significant efforts to bring themselves into compliance with those standards.” In a map of Europe, Ireland now stands apart as the only country in western Europe on a Tier 2 status.

In the case of Ireland, the report states: ”The government of Ireland does not fully meet the minimum standards for the elimination of trafficking, however, it is making significant efforts to do so. The government made significant efforts to meet the minimum standards during the reporting period by collaborating in international investigations and increasing funding for victim services. However, these efforts were not serious and sustained compared to the efforts during the previous reporting period.

The government has not obtained a trafficking conviction since the law was amended in 2013; it initiated only three prosecutions in 2017 and had chronic deficiencies in victim identification and referral. Therefore Ireland was downgraded to Tier 2.”