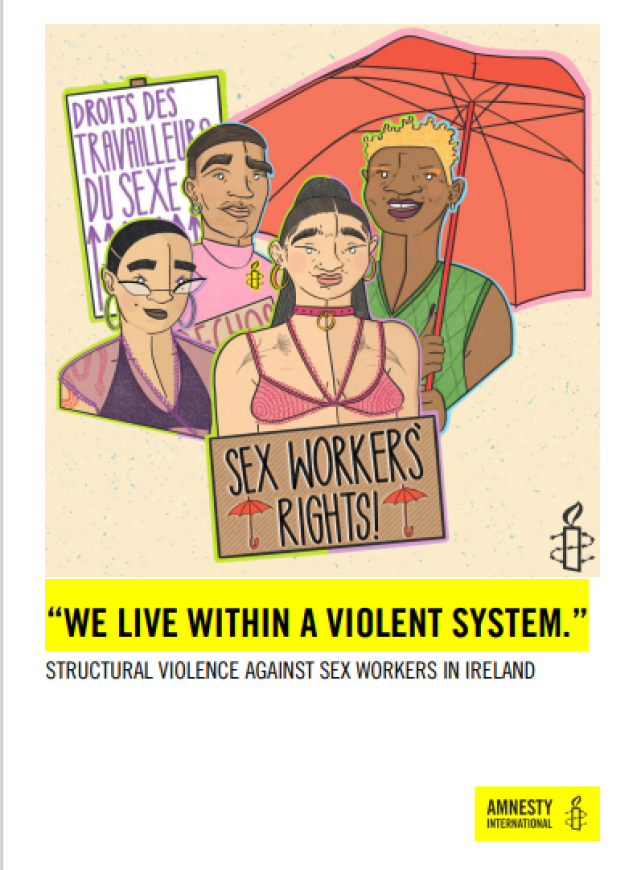 Amnesty International report ‘’We live within a Violent System. Structural Violence against Sex Workers in Ireland.’’

According to a new report published by Amnesty International Ireland (25 January 2022) entitled ‘’We live within a Violent System. Structural Violence against Sex Workers in Ireland,’’ Irish laws criminalizing the purchase of sex and harsher penalties for brothel-keeping are putting sex workers in a more vulnerable position.

The report comprised of interviews with 30 people who have engaged in sex work. The overwhelming majority of sex workers who were interviewed said they experienced violence while working, but they were fearful of reporting these crimes.

Interviewees expressed a lack of trust in gardaí and a belief that no action would be taken.

Migrant sex workers also feared contacting gardaí because of their immigration status, and they were worried it would affect their chance of getting Irish citizenship.

The Government is currently conducting a review of the Criminal Law (Sexual Offences) Act 2017.