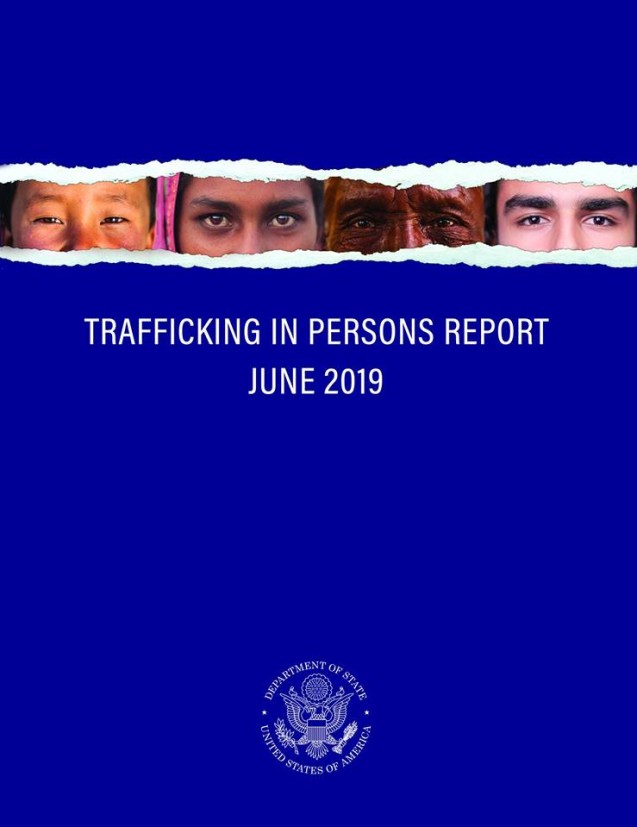 Analysis of Ireland’s Tier 2 Status in the Trafficking in Person’s (TIP) Report 2019.

Not a single conviction for human trafficking was secured in this country during the last five years and insufficient efforts were made by Government to identify and provide assistance to its victims, according to the latest US State Department report on the subject. Half of those trafficked into Ireland end up in sexual slavery while the remainder provide forced labour in fishing, agriculture, the restaurant industry, waste management, car washing services and domestic work.

The State Department report recognised that while “significant efforts” had initially been made by Government to improve its response to human trafficking, enforcement efforts had not been “serious or sustained”. Some 115 trafficking cases were recorded during 2017. Of these, 65 involved sexual exploitation; 35 labour exploitation; five of forced criminality and five immigration offences. The numbers involved may appear to be small, but the human horror that they represent is substantial and it is growing.

Ireland, the report found, was not meeting the minimum standards required to eliminate human trafficking. The State’s failure to secure a single conviction for this offence was emphasised but, beyond that, the Government was urged to introduce legislative change. In particular, those forced into breaking the law should not be prosecuted. Law enforcement officers should develop trafficking cases without relying on the testimony of fearful victims while judges and prosecutors should be trained in a victim-centred approach.

The use of direct provision centres to house trafficked persons is criticised, as is the lack of support services for traumatised victims, particularly women. A rule that prevents a person being identified as a victim of trafficking if they have an asylum application pending is regarded as unacceptable, as is the prosecution of persons forced to work in cannabis grow houses. Such inadequacies caused the US government to recommend special training for gardaí, immigration authorities and labour force inspectors to facilitate future trafficking prosecutions.