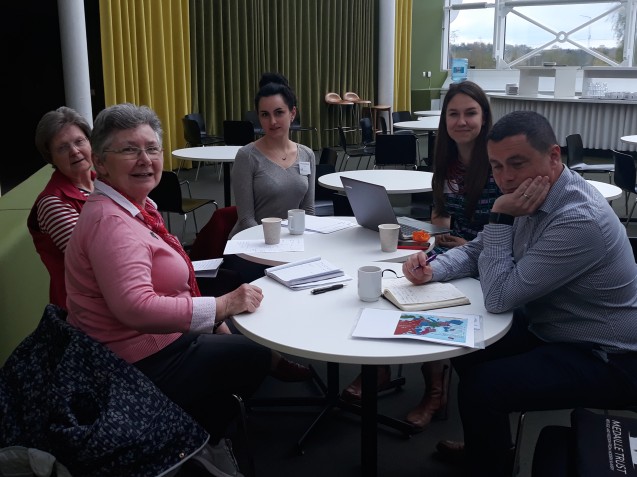 APT Ireland members join in RENATE training on Human Trafficking and the law.

Together with twenty-five other delegates, Noirin O’ Shea, olcgs, Ann Mara (MECPATHS) and JP O’Sullivan (MECPATHS) attended training in Arlanda, near Stockholm, Sweden from 6-10 May 2019.

We heard from social workers, litigants and police officers who work directly with victims and whilst ten different European countries were represented at the training, it was uncanny that the ‘story’ is similar in each jurisdiction- lack of awareness amongst the general public of the extent of trafficking; increase in the numbers of child- trafficking; dearth of resources to tackle the crime; extent of corruption facilitating this crime and the evolving nature /types of trafficking and exploitation.

Full report will be available shortly.