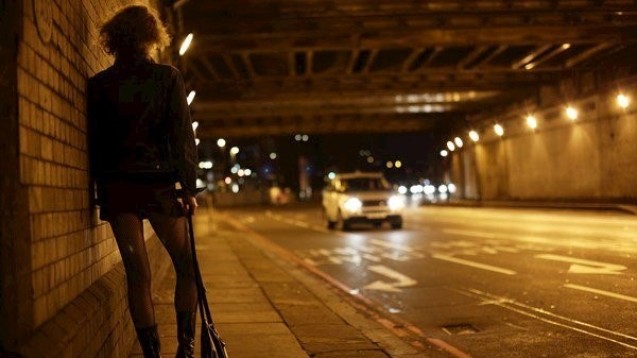 APT members are back on the campaign trail once more, joining the TORL group (Turn Off the Red Light), with a view to ensuring implementation of the legislation which criminalises the purchase of sex.

A police and enforcement strategy aimed at prosecuting pimps, brothel owners and those who buy sex and brothel owners is needed to disrupt the commercial sex industry and reduce pimping, trafficking and sexual exploitation, the Oireachtas has been told.

The Turn off the Red Light (TORL) group told politicians in the Irish Parliament that, more importantly, the strategy would prevent the targeting, grooming and coercion of young girls and children to meet the demands of pimps and buyers.

The campaign group, which successfully advocated for the Sexual Offences Act that criminalised the purchase of sexual acts, says a range of measures needed to ensure the effective implementation of the law.

“As women and young girls in prostitution and victims of trafficking are integrated into the commercial sex trade and are subjected to pimping, coercion and exploitation, overall police and enforcement strategy is required, coordinated and aimed at the prosecution of pimps, procurers and brothel owners,” a spokesperson said.

The campaign group has also called for a national public awareness campaign so people are aware of the legislation.

It points out that one in 12 men in Ireland buy sex and the average buyer of sex is male, well-educated, with a middle to high income and in a relationship at the time.

However, surveys of men also highlight that the greatest deterrent to buying sex is a criminal sanction and/or risk of public exposure.

The campaign group points out that the State accepts that prostitution is a form of violence against women so the demand to have any girls or women made available to supply sexual acts for money should not be regarded as legitimate or acceptable in Ireland.

Survivors of prostitution who spoke to members of the Oireachtas said they, like other Irish women, fought very hard and very long for the introduction of the Sexual Offences Act.

“There is nothing about our personal histories that this legislation will change, but it will change the future for other women, and that’s exactly what we fought for,” said Rachel Moran, who has written a book about how she survived seven years of prostitution.

Leading human rights campaigner, Mia De Faoite, who once turned to prostitution to pay for her drug habit, said she will not rest until women are no longer for sale.

“For those who bought me, who ‘didn’t know’ my story, who never asked, who looked past my drug-addicted body, who looked past my lost eyes, who surrendered their ability to think in order to satisfy their own wants, well now you know and if you still don’t get it, there is now a law in place to ensure that you do,” said Ms De Faoite.

Turn off the Red Light says the State needs to fund the collection of data to measure the impact of the legislation.

The campaign group also says laws on the purchase of sex must be accompanied by a wide range of measures so there are no negative consequences for prostituted and trafficked women.

The underlying factors that have led to more than 1.8 million migrants coming to Europe since 2014 have not gone away. And while the numbers are sharply down from their 2015-2016 peak because of a 2016 EU deal with Turkey, new border fences in the Balkans and a 2017 bilateral agreement between Italy and Libya, tens of thousands continue to try to reach Europe.

With many migrant women having to resort to prostitution, it is critical that support organisations are able to provide early legal intervention, adequate supports and exit routes.