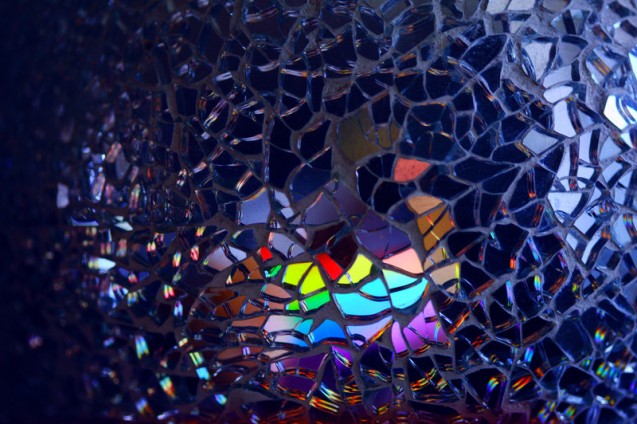 “Shattered” is a new story written by Eilís Coe, rsc, based on her years of experience of working to combat human trafficking. While the characters are fictitious, the scenario is true to life.

”When I finished Secondary school, my parents advised me to delay my entrance to University for a year. This, they felt, would give me an opportunity to recover from the six years’ intensive study and also to be sure that the degree course in Modern Languages at Trinity College Dublin was the right choice for me. I agreed and looked for an interesting PLC (Post Leaving Certificate) course. I settled on Fashion and Design at the Dublin Institute of Technology. I loved the course. I learned a lot about fabric, style, design colour, texture, maintenance of sewing machines and how to run a business. I joked with Mum, telling her I would forget about college and open a boutique instead. “We’ll see”, she said, “You might feel different next year”.

In my course, I made friends with a few girls and among them was a Nigerian girl called Prisca. Prisca was very talented. Her sewing was perfect and her ability to match colours was unique. When we met at break time, we shared information about ourselves and our families. Prisca told us that she had come alone from Nigeria and was hoping to be allowed to stay in Ireland. She said it was a long process involving Immigration and social workers. Meanwhile, she was living in Direct Provision, accommodation for immigrants whose status was being decided. She said life in the DP centre was difficult. Conditions were crowded and the food was new to her. I felt sorry for Prisca. She was so nice, so gentle. I wished things were better for her. I lived in a large house with my father, who was an accountant, my mother who was a nurse, my brother John, who was twelve and my sister, Noreen, who was eight.

One day, I asked Mum if I could invite Prisca to our house for dinner. “Of course”, Mum said, “I would love to meet her”. Prisca came the following Friday evening. John and Noreen were warned to be on their best behaviour, not to stare or ask embarrassing questions. We need not have worried; Prisca soon had the two children learning Igbo words and singing Igbo songs. Dad rang to say he was delayed, so we started dinner without him. We were eating dessert when we heard Dad’s car. A few minutes later, he came into the dining-room. I will never forget what happened next. Dad saw Prisca and his face flushed scarlet, his eyes seemed to start from his head with terror. Prisca jumped up from the table, screaming, “No! No! Not again!” and rushed past Dad and out the door. I followed her but I could not stop her. At the hall door, she turned and gasped “You tricked me!” I had no idea what she meant. She raced from the house and down the road.

Back in the dining-room, Noreen was crying, John was clinging onto Mum and Dad was sitting at the table trying to drink a glass of water. Mum told me to take charge and she and Dad went upstairs. I gave the children some extra ice-cream and asked them to help me fill the dishwasher. Then I took them upstairs and told them to play their computer games. Soon they were engrossed and I went back downstairs. I could hear Mum crying and Dad saying, “I’m sorry, Mary. I’m so sorry”. I switched on the television but I kept seeing Prisca and hearing her voice. After a long time, I heard the hall door closing and saw Dad putting a bag into his car and driving away. Mum came to talk to me, her face wet with tears. “Helen”, Mum said, “Something really bad has happened and I need you to be very brave”.

“It has something to do with Dad and Prisca, hasn’t it? But what? They don’t even know each other”. “Sadly that’s not true”, Mum said, “They have met more than once”. I was baffled. Then I listened in horror as Mum explained that Prisca had been trafficked into Ireland two years previously. She had been rescued from the traffickers and was now recovering, having counselling and waiting for her papers to be processed so that she could stay in Ireland. I knew about trafficking. Some people had come to our school and told us about it and showed us films of women and girls who had locked up in brothels and raped repeatedly. It took me a few minutes to figure out what this had to do with Dad. And then I realised he was a buyer, a man who paid for sex with women in brothels. “Not my Dad!” I thought, “Not my lovely kind Dad”. Then I thought of Prisca and knew it was true. Her terror was real. “Poor, poor Prisca” I thought.

“What will happen now?” I asked Mum. She said Prisca would give his name to her social worker and the Gardaí and Dad would be arrested. “It’s a terrible crime to have sex with a woman who has been trafficked. Besides, Prisca was underage. He will go to prison for a long time. My heart is broken”. “I shouldn’t have brought Prisca here, Mum. It’s my fault Dad is going to prison.”. “No, Helen. It’s not your fault. You are an innocent person and you were just being kind. Dad could have been found out any time.”

Within days we heard that Dad had been taken into custody. After some time he was given a date for his court hearing and later he was sentenced to ten years in prison. Mum sold our house and we moved to Galway. We changed our names to Mum’s maiden name. I am now a student in University College Galway, John is in Secondary School and Noreen is in Sixth Class in Primary School. Dad is serving his sentence in the Midlands Prison. Mum has been to visit him twice and each time has come home devastated. I don’t know if I could ever talk to him again. I have not seen or heard of Prisca since that evening in our house. I have had counselling but still have nightmares in which I hear Prisca saying, “You tricked me”.