What is Trafficking in Persons?

According to the UN: 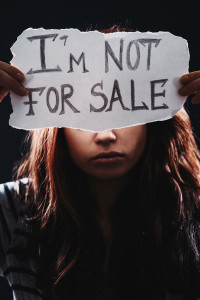 ” Trafficking in persons shall mean the recruitment, transportation, transfer, harbouring or receipt of persons, by means of the threat or use of force or other forms of coercion, of abduction, of fraud, of deception, of the abuse of power or of a position of vulnerability [interpretative note (63)] or of the giving or receiving of payments or benefits to achieve the consent of a person having control over another person, for the purpose of exploitation. Exploitation shall include, at a minimum, the exploitation of the prostitution of others or other forms of sexual exploitation, forced labour or services, slavery or practices similar to slavery, servitude or the removal of organs…”

This is the first international definition of trafficking. 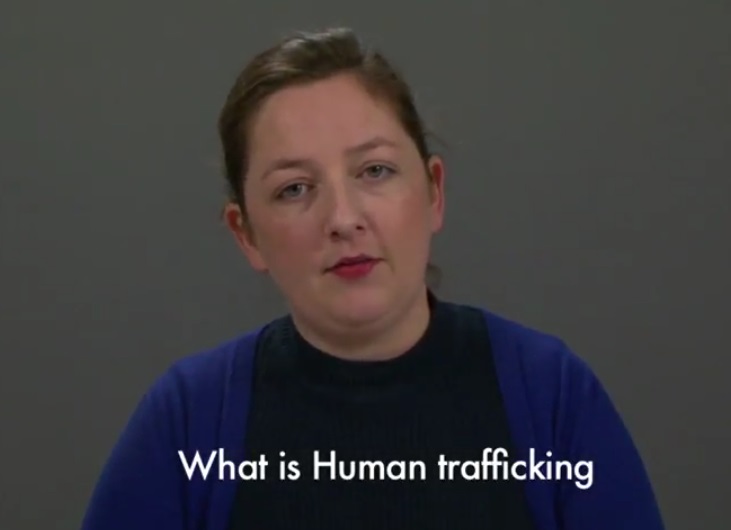 The difference between Smuggling and Trafficking

It is important to distinguish between smuggling of migrants and trafficking in persons.

Smuggling of migrants and human trafficking both involve moving human beings for profit.

• the procurement of illegal entry
• into a country of which the person is not a national or a permanent resident
• to obtain direct financial or other material benefit.

However, in the case of human trafficking, two additional elements beyond smuggling must be present :

•  there must be some improper form of recruitment, such as coercion, deception or some abuse of authority;
•  the activity must have been undertaken for some exploitative purpose, although that purpose need not necessarily have been fulfilled. 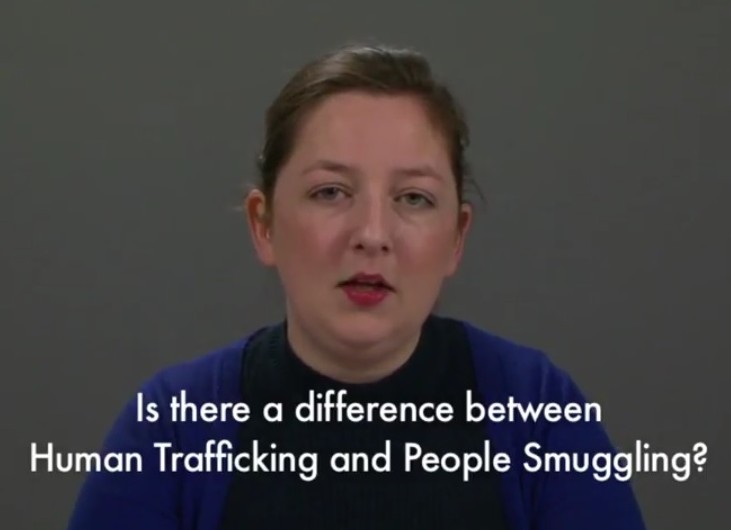 Do APT members give talks to groups? 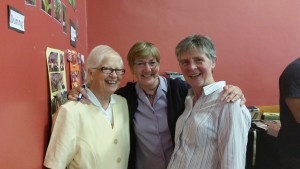 Yes! We are delighted to accept invitations from anywhere in Ireland from groups who would like to learn more about the crime of human trafficking. Members of APT are all volunteers. We also engage in lobbying around legislation. We keep in contact with other agencies and networks of people working to counter human trafficking.

Why don’t victims of trafficking escape on their own? 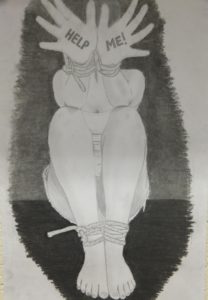 How do traffickers control their victims? 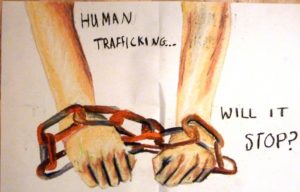 Traffickers confiscate the victim’s passport and identification documents. Victims are usually taken to unfamiliar locations, and the trafficker almost always takes the victim’s money, so she has no means to escape.

The perpetrator uses psychological methods with the victim, manipulating her through fear and threats and may even threaten to kill the victim and her family.

Many victims are totally isolated and held captive with no opportunity to go out amongst the public where they could seek help.

Often victims are drugged so they cannot resist or attempt to escape. Perpetrators also use violence, beatings and torture, as well as witchcraft to control their victims.

Is Human Trafficking a Serious Problem in Our World Today?

We know this problem is very widespread. Because the crime takes place underground, it is often not identified.

We know that it affects every region of the world and generates an estimated $150 billion in profits for criminals each year.

To learn more about human trafficking in different countries and regions of the world, download the Trafficking in Persons 2016 Report from the United States State Department. 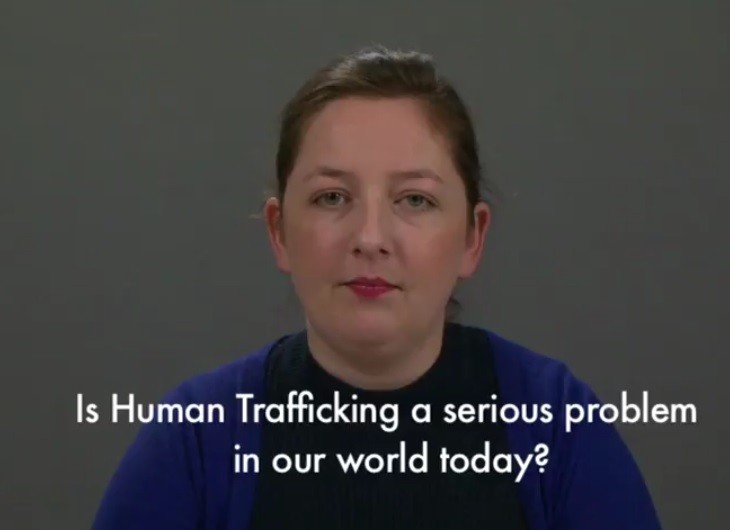 Which Countries Are Affected By Human Trafficking? 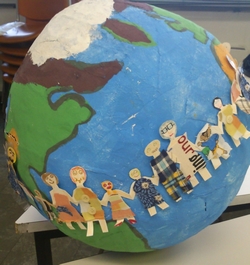 Some countries are a combination of ‘origin’, ‘transit’ and ‘destination’. Trafficking often occurs from poorer countries where people are vulnerable because of poverty, or perhaps conflict, to countries where there is more disposable income.

Most trafficking is national or regional, but there are also many cases of long-distance trafficking.

To learn more about human trafficking in different countries and regions of the world, download UNODC’s Global Report on Trafficking in Persons

Yes there are, both internationally and nationally. But it is rare to find the criminals convicted.

At the level of the UN, the Protocol to Prevent, Suppress and Punish Trafficking in Persons, especially Women and Children, was adopted by the United Nations General Assembly in 2000 and entered into force on 25 December 2003.

The Trafficking Protocol, which supplements the United Nations Convention against Transnational Organized Crime, is the only international legal instrument addressing human trafficking as a crime and falls under the jurisdiction of the United Nations Office on Drugs and Crime (UNODC).

The purposes of the Trafficking Protocol are:

The Trafficking Protocol advances international law by providing, for the first time, a working definition of trafficking in persons and requires ratifying States to criminalize such practices.

To learn more about the United Nations Convention on Transnational Organized Crime and its supplementary Protocols, click here.

In Ireland, from 2005 when APT was established, together with other like-minded groups, we began to educate and persuade the Government about the problem of human trafficking. The Department of Justice established a special Anti Human Trafficking Unit (AHTU). In 2008 it became a crime to traffick a person into Ireland. We continue to work with a wide range of agencies to get stronger legislation which would criminalize the purchase of sex and so reduce the demand for prostitution and the profits of the criminal gangs who capture and imprison people for this purpose.

How can I help? 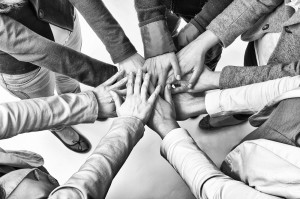 Raise awareness!  Talk to friends, family and colleagues. You could even start talking to your local politicians and authorities.

Get involved!  Participate in an anti-trafficking movement in your area and get involved in its activities and campaigns (e.g. hold events, distribute posters, leaflets etc.) in your neighborhood and in schools.

Encourage responsible businesses which have taken on a formal commitment to ensure that they are in no way complicit in trafficking.  Be a responsible consumer! Inform yourself on the labour policies of companies to ensure their products are free from slave labour and other forms of exploitation.  Wherever possible, buy fair trade products, in this way helping people in poor countries to have a decent livelihood and so reducing the incentives for them to allow themselves to be trafficked.

Seek support!  If you suspect that someone has been trafficked report it to the institutions or assistance facilities dealing with human trafficking in your area.

How many people are victims of human trafficking?

It is impossible to say with certainty how many victims of trafficking there are in the world today. A conservative estimate from the International Labour Organisation puts the total number of trafficking victims at roughly 21.9 million worldwide.

Different kinds of slavery are predominant in different parts of the world. In Europe, the most prominent form is sex trafficking. An estimated 80% of victims in Europe are trafficked for sexual exploitation, most of whom are women and children. In Ireland, there are dozens of cases of trafficking reported each year, but many more cases go unreported. 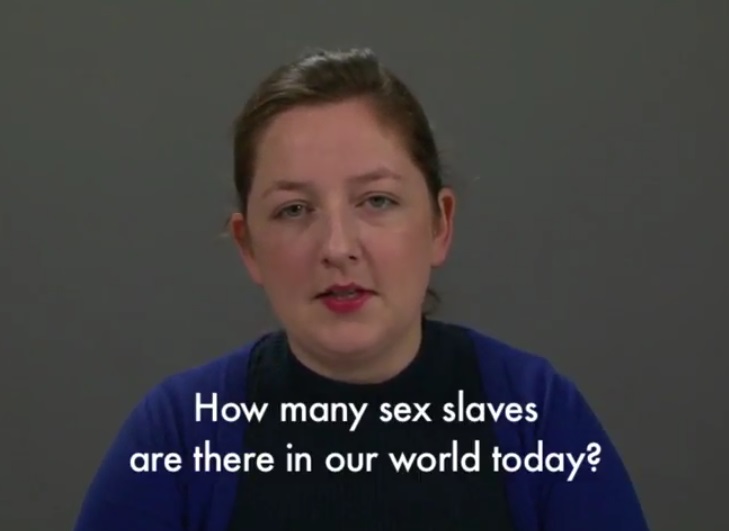