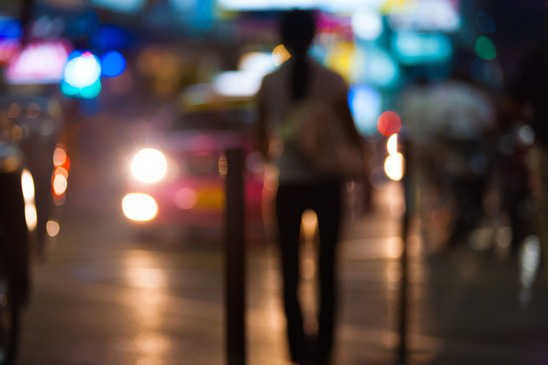 Lydia, from Poland, was chaperoned daily to a brothel in Italy and her movements were controlled. When she returned each day, her trafficker raped her in the apartment. She was subsequently brought to Ireland and forced into prostitution. She tells us her story:

When I got to the house where I was to live there were other Eastern European girls and some from South America and I was told to hand over my passport and personal belongings so they don’t get stolen. I was told that every day I was expected to pay off my loans which I was never told about. These included the plane tickets, the horrible house I was jammed into with other girls, and the cheap clothes they gave me.

I and some other girls got angry and demanded to leave, some of us got beaten and I was told that we had no passport and were on some Visa, and the police don’t care for those on Visa and would just deport me. I didn’t speak the language or know the way around the city.

Here’s the catch, they said they know where I live and I didn’t want to get deported so that they wouldn’t harm my mother and my daughter whom I cared so much about. I was stuck in the end. If I did escape there was no one to turn to, there was no Police who cared, and I couldn’t go back home to my family to avoid their harm and I had no way to contact them.